Erika O How You Inspire 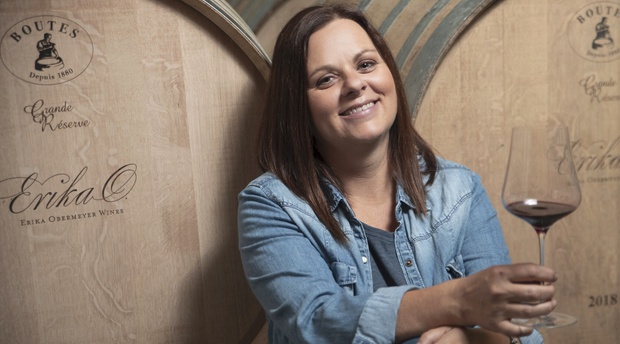 You don't have to know much about wine or be remotely interested in the industry to appreciate the story of powerhouse winemaker, Erika Obermeyer. We managed to sit down with her and find out more about the woman who calls De Zeven her tasting room home.

She's been described as a 'superhero' by prominent wine writer, Daléne Fourie, who said, "it would seem to be that in order to become a superhero, you've got to suffer a bit" – something Erika certainly has done, but before we cue the violins and pull out the tissues, meet the inspirational woman behind Erika O wines.

For some, running a brand named after yourself could be perceived as somewhat self-indulgent. Still, once you get to know Erika, you'll immediately warm to her gentle nature and realise that she has done far more than just earn the right to name her wines Erika O - it would be sacrilege if she didn't. 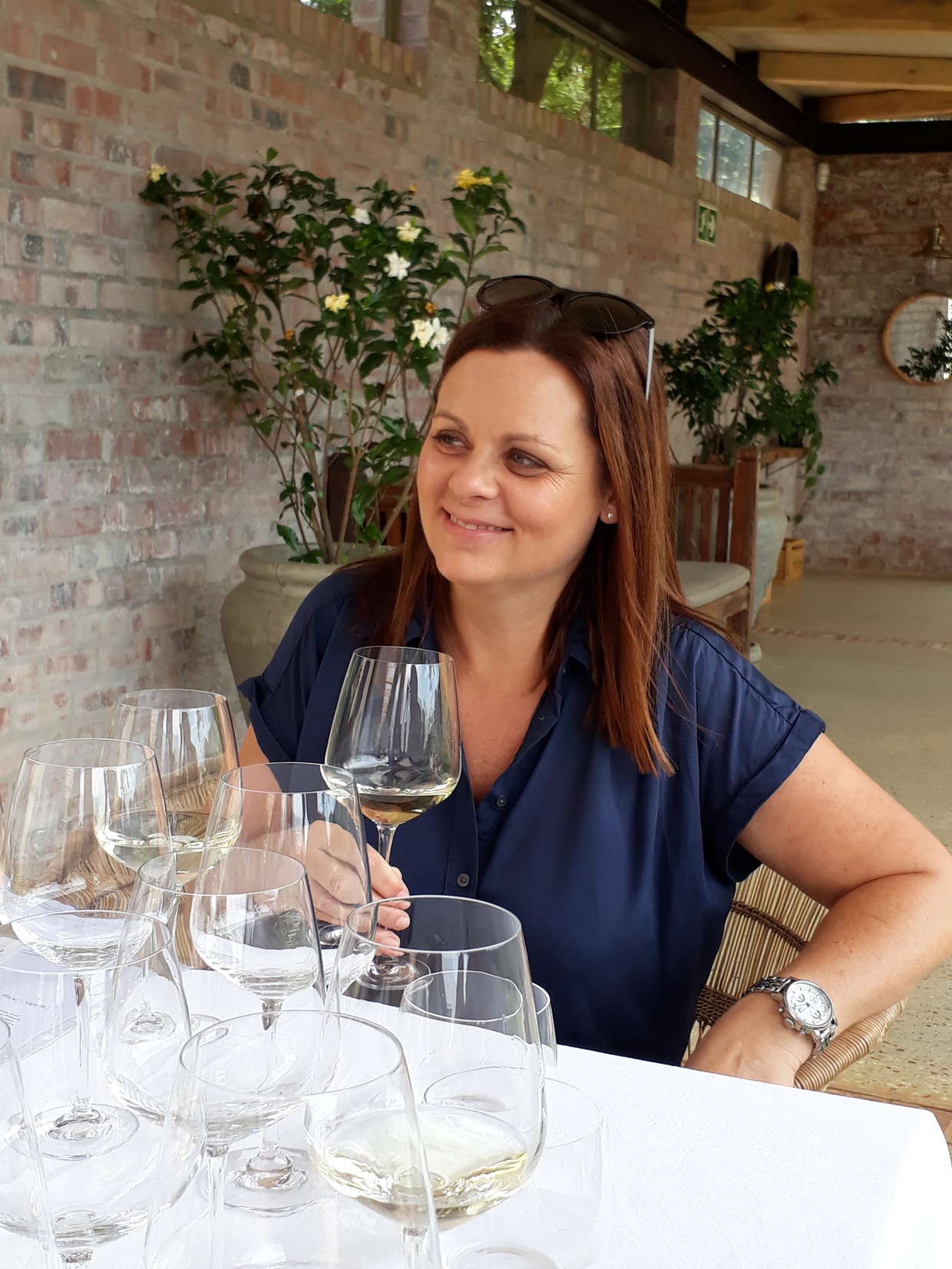 Born in the town of Sutherland, best known for its telescope and winter snow - and not much else - Erika grew up on her family's sheep farm in the arid Karoo. She fondly remembers spending hours exploring the veld with her canine companion, enjoying the simple pleasures of farm life, which explains why nature has always been in her blood. She says, "a lot of what I am today, and my winemaking was imprinted in Sutherland, because I had this amazing connection with nature, thanks to the rawness of the Karoo."

While growing up in a small town in the Northern Cape is certainly not the worst thing to happen, Erika's most significant challenge came from something she had no control over. Since childhood, she has suffered from a progressive eye disease called Keratoconus. Her round cornea gradually bulged into a cone-like shape until her vision became so distorted that she was forced to get a cornea transplant to regain her sight. This meant that for the majority of her illustrious career, she had limited vision until 2016 and 2018 when she underwent two cornea transplants.

With a lack of depth perception and disappearing sight, Erika still went hiking in the Helderberg Mountains. She would often need help navigating her way around the cellar with all its staircases and equipment. While her sight was failing, her heightened senses and meticulous memory helped her create wines that won her many accolades. Yet instead of talking about them, she brushes them off with, "for me, it's about having people enjoy the product, rather than the product's status."

"There's No Point in Anything in Life if it Doesn't Make You Happy" – Mr Graham Beck.

Her career started at Kleine Zalze before she was chosen by Mr Graham Beck himself to become the winemaker behind the brand's still wine range, a position she held for twelve years. As a woman in a male-dominated industry with a reluctance to change, Erika only has praise for the men she has worked alongside. She holds fond memories working with Graham Beck and his wife, with whom she shared a close bond up until they passed. She recalls Mr Beck's motto of, "there's no point in anything in life if it doesn't make you happy" – and says this is something that has stuck with her wherever she goes.

Working in Franschhoek at Graham Beck's cellars was something that made Erika content with life. "I was so in love with my job, and it came through when I started winning awards. I remember locking the cellar every day and looking at the mountains, thinking, someone pinch me. I poured everything into my wines." After just a year of working there, Mr Beck told Erika, "I want you to start your own wine label," something she says "was so visionary of him, and at the time I said 'no, that's crazy! I love my job.'" However, all good things must come to an end. When Graham Beck stopped producing still wines, Erika lost her cellar home and realised that she needed to find what makes her happy again.

By 2016, Erika had hardly any sight in her left eye and only a little bit more in her other. She couldn't drive, had no real idea of what to do, as her future in wine was uncertain under the Graham Beck brand after Mr Beck's passing. She had to move out of her cellar, which she recalls "was like a divorce, and I had to give up everything I had worked for. It felt like the carpet had been pulled from underneath me." 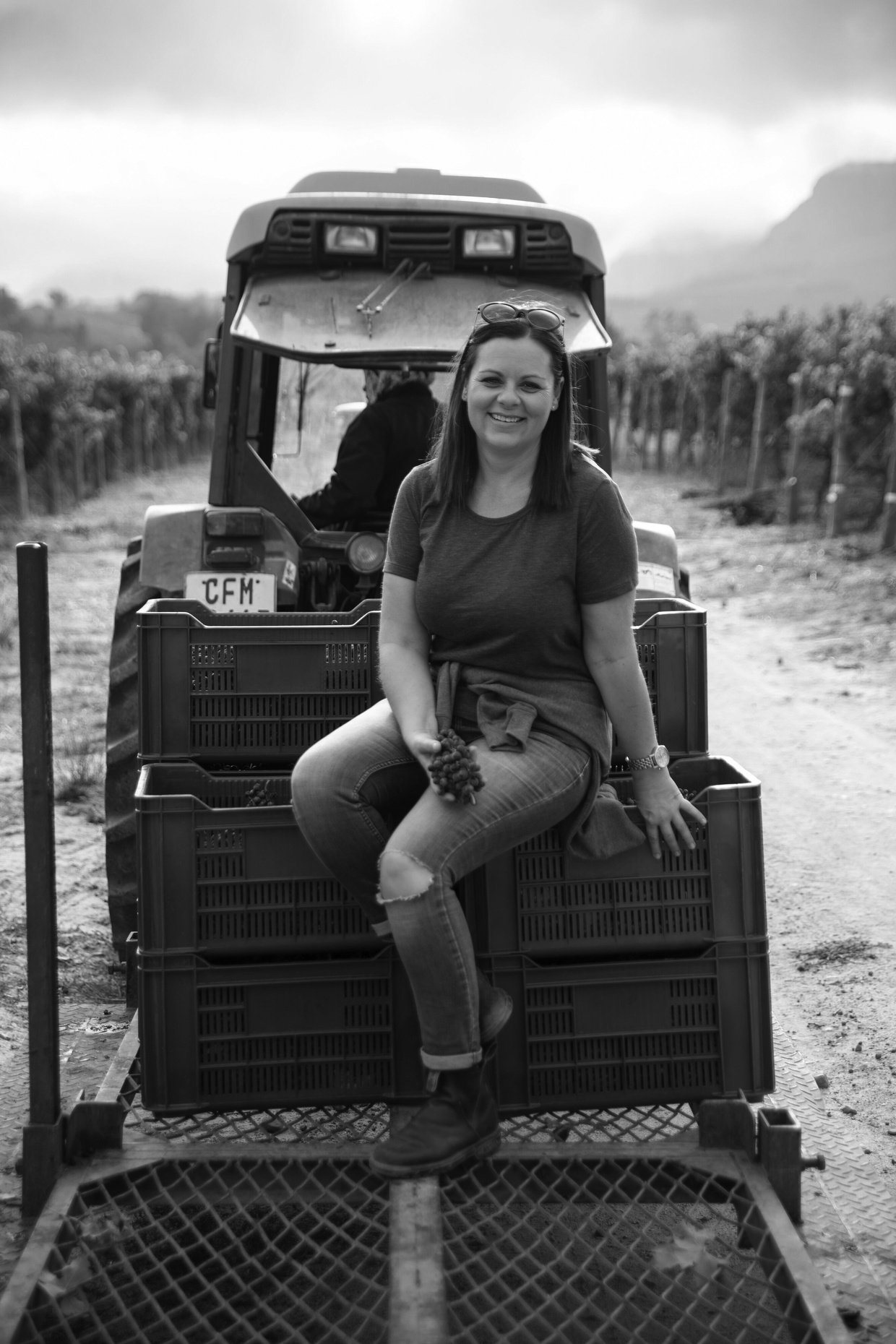 From award-winning female winemaker to someone who barely resembled her old self, Erika had lost sight of the person she once was. You must realise that this is the same woman who introduced herself to Johan Rupert - one of the most intimidating men in the world - with, "Hello, I'm Erika, and I'm the most beautiful girl from the Karoo." She had lost her identity and struggled to find her calling of what to do next.

Graham Beck's words of, "I want you to be happy" kept running through her mind. She realised that she had to get her life back, even if it meant taking a step into the unknown and starting her own wine label. Without a cellar home, without her own vineyards, without her sight initially, and with everyone telling her to stop making wines, Erika persevered, sourced grapes, and launched Erika O wines. She also had her first cornea transplant in between this all. After her surgery, she nearly lost her eye and her recovery of an estimated seven months turned into two years and many operations later.

Yet during this time, she still managed to create wines using varietals and blends that she truly loved and believed in. She was no longer producing commercial wines, she was making wines of her own, wines that were "a reflection of the vineyards and farmers behind it." The world noticed - even though Erika didn't expect it to.

"Success is Bred by Focusing on the Smaller Things" – Erika Obermeyer

Towards the end of 2018, she attended the 2019 Platter's awards feeling insecure and recovering from her second eye surgery. She had isolated herself from the industry so much so that people were visibly shocked to see her. A few days before the event, she questioned if she had done the right thing and asked God for direction on whether or not she should carry on. Luckily, the Platter awards were the sign she needed after taking home the coveted '2019 Newcomer Winery of the Year,' and achieving two 5-Stars for her vintage debuts.

Looking back, Erika reflects, "I started hiking the Helderberg again, and as I approached each step I treated it as though it were a goal, a moment, an action that was taking me closer to where I wanted to be. I mimicked the heights of the mountain with my business and life goals. For me, success is bred by focusing on smaller things, because it all forms part of a puzzle that will eventually come together."

Up until December 2018, Erika still had no permanent cellar space or venue to host wine tastings. While her rented farmhouse in the idyllic Banhoek Valley certainly had the views, it was no space to welcome guests. She needed a home where her wines could be enjoyed in the same way that they were made – looking at the mountains and reflecting on their natural beauty. To this day, Erika will not blend or even crush grapes if she doesn't have a view of nature or mountains to draw inspiration and energy from.

After driving past De Zeven's gates every day, Erika decided to introduce herself to the woman who created this masterpiece, Siobhan Meyer. The two fellow entrepreneurs hit it off immediately, and naturally, De Zeven became the tasting room of Erika O wines. Since then, Erika has signed many importers and sold cases of wine from the comfort of De Zeven's lounge. We invite you to taste Erika O's range of wines which capture a sense of place and forge a unique sense of style.

It takes an indomitable spirit and bold vision to do what Erika has done over such a short time, but she is still expanding her range of wines. Wine writer Janice Robinson summed up Erika's journey perfectly when she wrote, "introducing a brand and wine without a history, an estate or heritage presents a unique challenge. It does, however, offer the opportunity to explore the wine's soul, its magical origins and the philosophy that brings all the elements of great winemaking together." Erika Obermeyer is a force to be reckoned with, and her love for what she does translates in the bottle. She has an aura of positivity and warmth that you can't help but gravitate towards, and we encourage you to meet her during your stay at De Zeven.

In the future, she hopes to add a chardonnay to her range, saying, "I would like to make a chardonnay which showcases the knife's edge between fullness and weightlessness. Where the broadness of fruit, acidity and texture meets. A chardonnay with both power and balance." As a female winemaker, Erika believes that there are some things that women can do better. "We are very much more detail-focused and we can multi-task. In winemaking, we have a sense of knowing where things could go wrong." During your stay with us, experience a wine tasting with the unpretentious and approachable Erika Obermeyer and taste what she means by this.

Women in wine are the perfect pairing.

If you'd like to support Erika O during these times, order her wines here for delivery once restrictions are lifted. To find out more about her international distributors, email [email protected]

View Valid until 31 August 2022 Better value, you will not find...
Winter Love Special

Where there is something for everyone...

Visit our special offers page to view more information on our WINTERLOVE 20% off and the Stellenbucks campaign!