Shades of Sunrises at De Zeven 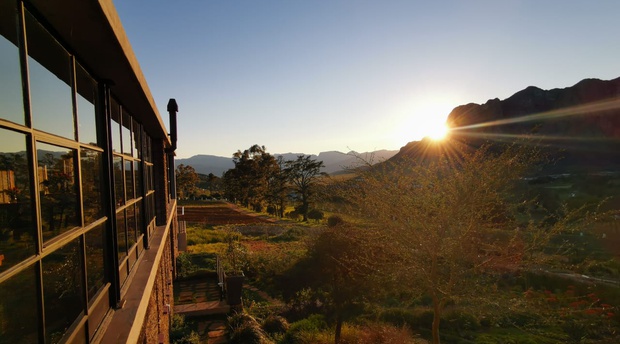 Sunrises carry a certain mystery; the promise of new beginnings and clean slates. At De Zeven we have the privilege of witnessing exquisite sunrises, whether the weather is warm and clear or cool and unpredictable. We recently captured a few snaps of the sun breaking over the Banhoek valley on a crisp spring morning and it inspired us to investigate sunrises a little deeper. 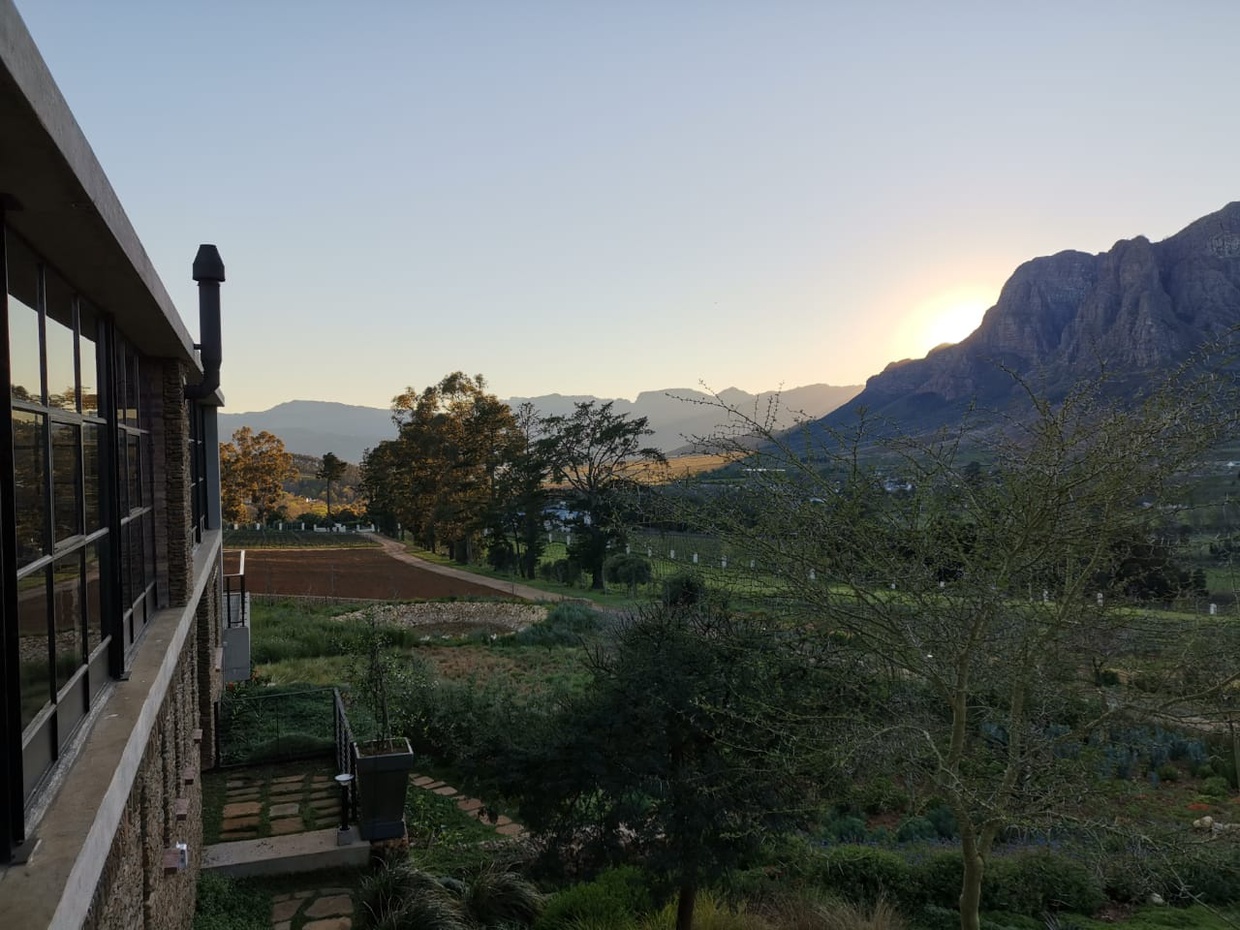 What exactly is Sunrise?

"Sunrise is the moment when the upper limb of the sun appears on the horizon in the morning. The term can also refer to the entire process of the solar disk crossing the horizon and its accompanying atmospheric effects. Although the sun appears to "rise" from the horizon, it is actually the earth's motion that causes the sun to appear. Sunrise actually occurs before the sun truly reaches the horizon because Earth's atmosphere refracts the sun's image." - Wikipedia. 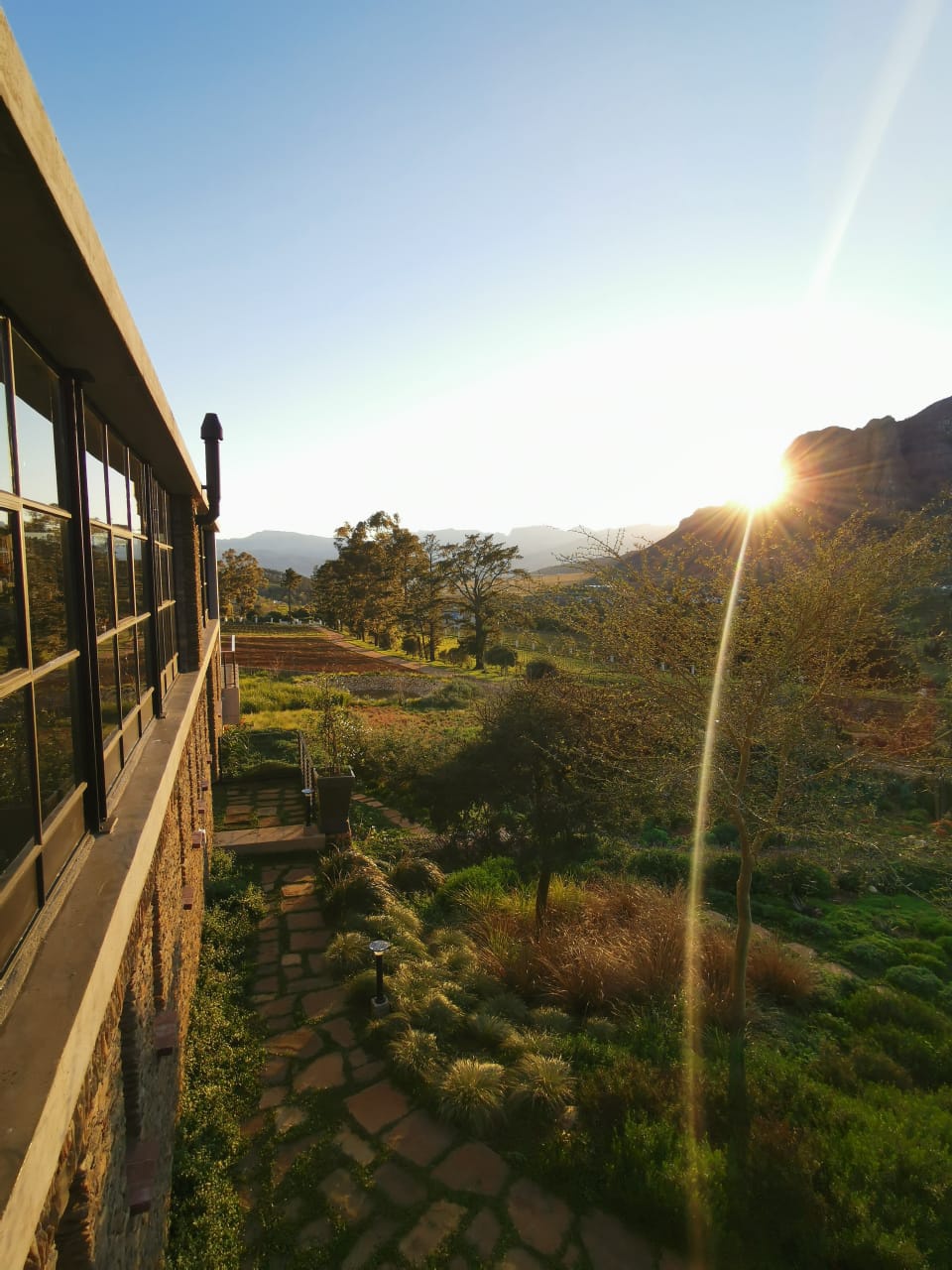 The colours of Sunrises

Have you ever wondered why the sky lights up in pinks, oranges and reds during sunrise and sunset?

"Air molecules and airborne particles scatter white sunlight as it passes through the earth's atmosphere. As a ray of white sunlight travels through the atmosphere to an observer, some of the colours are scattered out of the beam by air molecules and airborne particles, changing the final colour of the beam you see. Because the shorter wavelength components, such as blue and green, scatter more strongly, these colors are preferentially removed from the beam.

At sunrise and sunset, when the path through the atmosphere is longer, the blue and green components are removed almost completely leaving the longer wavelength orange and red hues seen at those times. The remaining reddened sunlight can then be scattered by cloud droplets and other relatively large particles to light up the horizon red and orange." - Wikipedia

Tips for capturing the Sunrise at De Zeven

Rising with the sun is not everyone's cup of tea, but if you are willing to make the sacrifice, you might be duly rewarded with breathtaking scenes as the sun breaks over the Banhoek Valley. 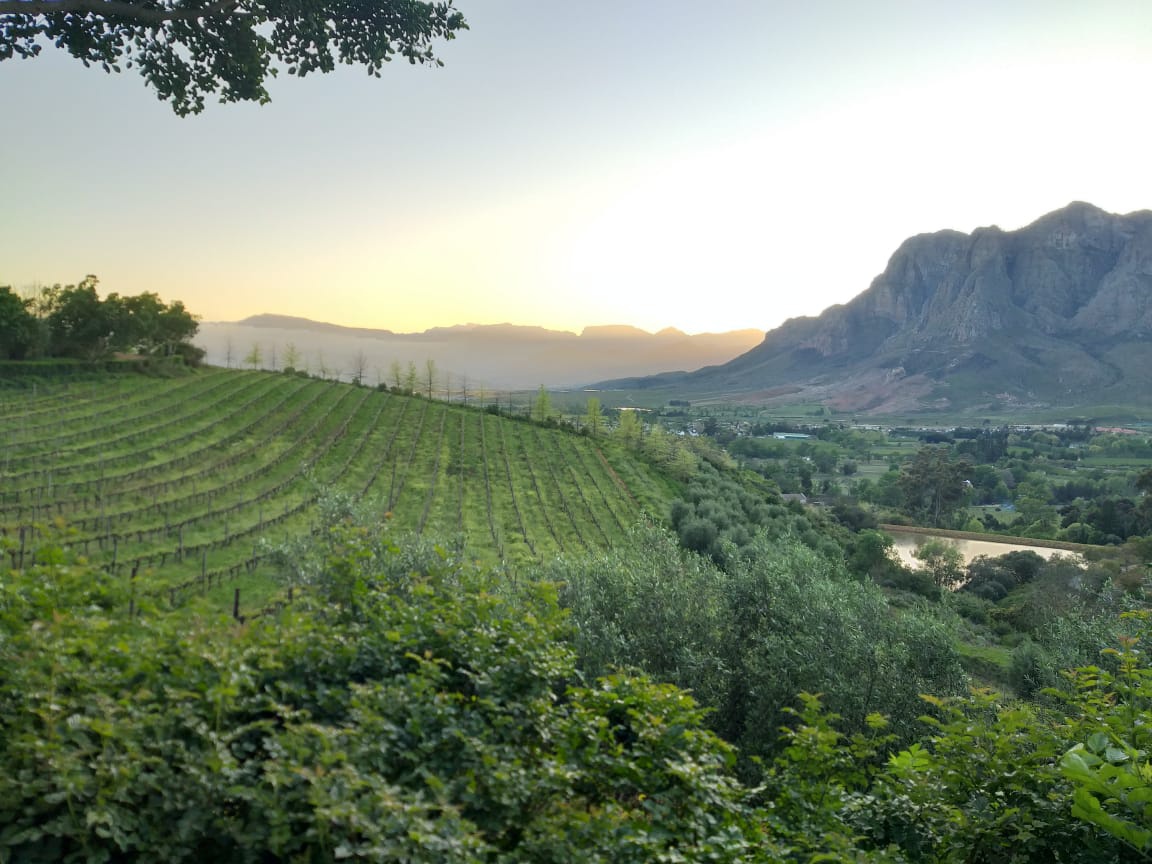 Nature TTL recommends the following: "An aperture of f/16 is going to work best for photographing sunrise and sunset scenes that feature foreground. The reason behind this is simple: it will allow as much of that scene to be in focus as possible. If your scene was a reflection, for example, and you didn’t have any foreground features, an aperture of f/7.1-9 will work better because you don’t require relatively close objects to be in focus.

ISO measures the sensitivity of the image sensor in your camera to light. The lower the number, the less sensitive your camera will be to light. A higher ISO will result in grain and noise, lowering the image quality. For sunrise and sunset, a low ISO is going to be more beneficial in producing the best quality image.

A slower shutter speed will allow you to convey movement, which can work well with clouds, lakes and rivers. Your shutter speed will vary throughout the time which you are photographing because of the light continually changing in the landscape. Generally, a sunrise or sunset shutter speed can be between 1/40 of a second right up to 30 seconds."

We would love to see your sunrise shots at De Zeven Guest Lodge; share your pics and tag @de_zeven_guest_lodge or hashtag #dezevenguestlodge. 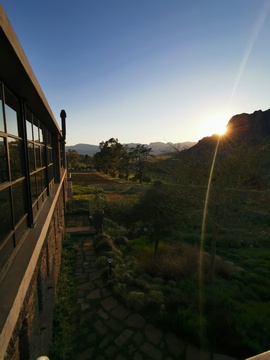 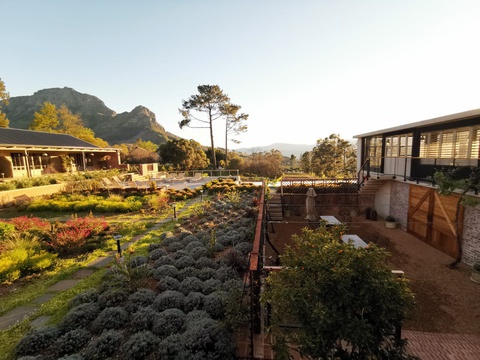 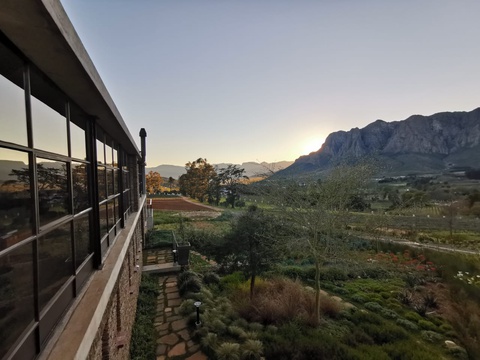 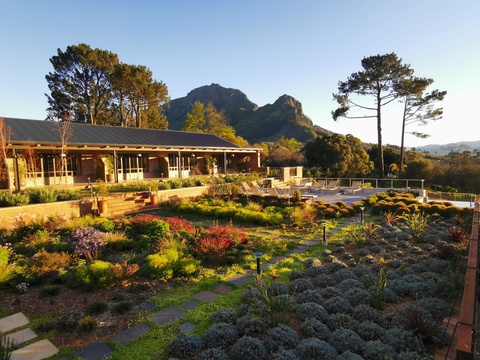 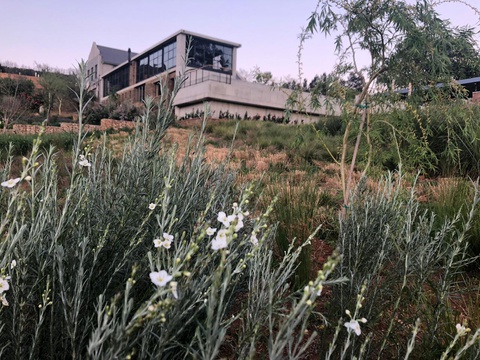