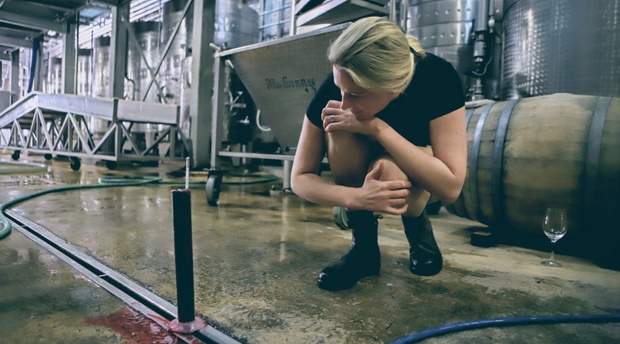 As Stellenbosch locals hailing from the Banhoek valley - we never thought that De Akker, marriage, motherhood, a legend called Serge, Carignan, and entrepreneur would feature in one sentence. That was until we sat down and chatted to Jocelyn Hogan Wilson, our golden thread and inspiration behind this very blog. She’s a winemaker, mom, and businesswoman who started the small independent wine label of Hogan Wines in our Banhoek Valley. 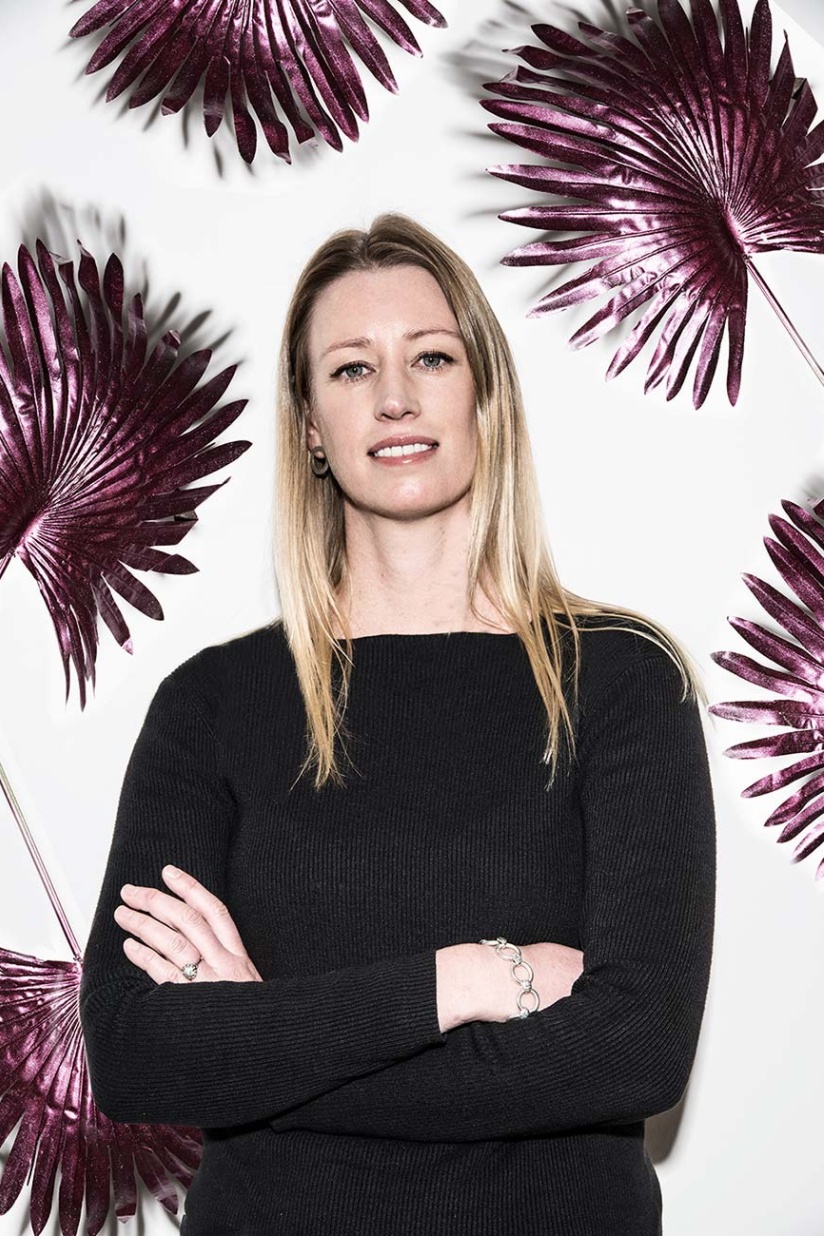 First things first, for those who aren’t familiar with De Akker, let’s say that not much good happens after midnight - especially when one considers the generous bartenders of this popular student joint. For Jocelyn though, De Akker in Dorp Street was where she met her husband Nicholas Wilson all those years ago. One could go as far as saying that it played a role in where she is today. You see, Nick was on his way out and in walked Jocelyn and - you guessed it - it was love at first sight. Nick, having returned from his studies in the UK and a brief sojourn in Johannesburg, was farming on their family farm, Dwarsrivershoek - just down the road from De Zeven.

After graduating in 2004 with a BSc in Viticulture and Oenology, Jocelyn went over to Australia, intending to go to France for the second half of the year. Yet after spending probably all her salary on phone calls, she knew that Nick was the one. In mid-2005, she moved back to Stellenbosch and started looking for job opportunities here instead - and we’re so glad that she did! 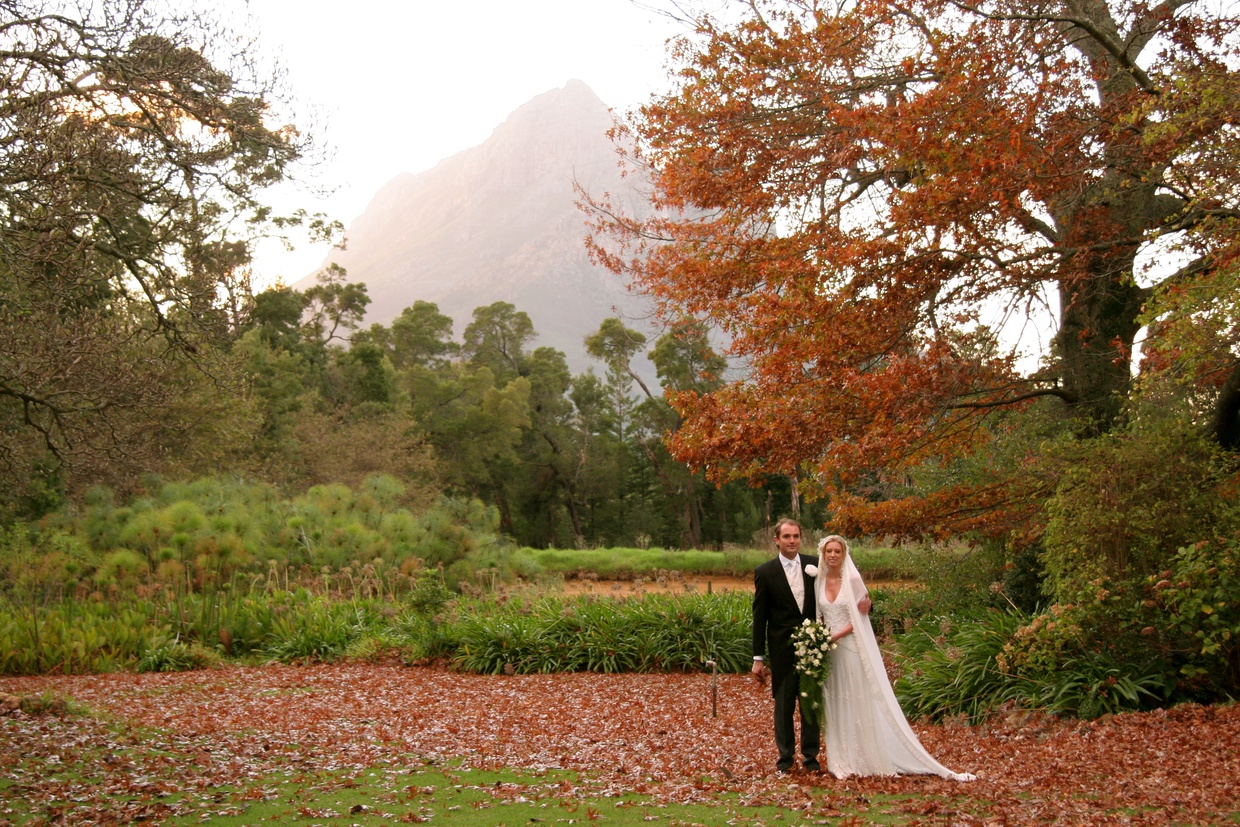 Setting Roots In The Banhoek Valley

It wasn’t long before Jocelyn and Nick said their “I do’s” on the lawn at Dwarsriviershoek, and it was a dreamy autumnal affair - worthy of a place on a Pinterest board we think! At this stage Nicholas was also farming, packing plums and pears and looking to diversify into protea production. Jocelyn – not one to be left out – swapped vineyards for proteas and got herself involved with planting. 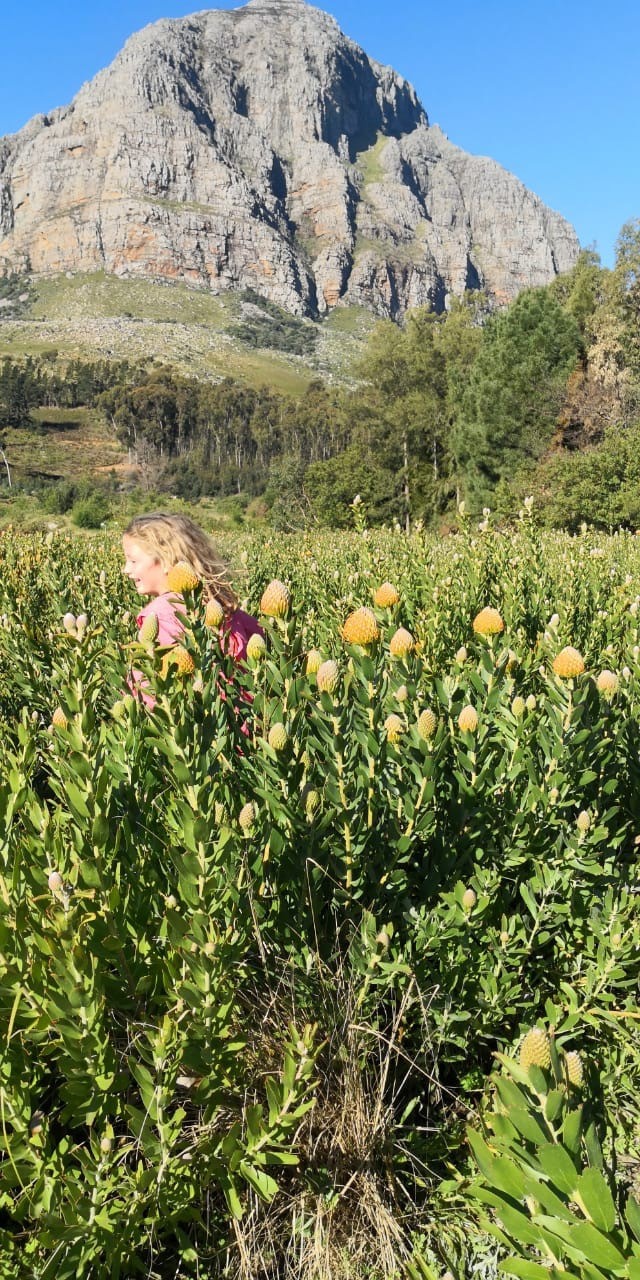 Throwing Caution To The Wind

Planting proteas in the microclimate of the Banhoek Valley meant that Jocelyn could put her degree to good use. She also learnt “to throw caution to the wind” after taking her first job at Flagstone in Somerset West as assistant winemaker. Back then, it was family-owned and “a new wave of wine at that stage. They were the guys playing with unusual, interesting varietals, trying different things, where everyone else was more traditional, trying to make more French-style wines. It was a great place to start.”

And then came along an incredible job opportunity as General Manager and Winemaker at La Bri in Franschhoek, so enticing that she “simply had to take it! It was fully holistic, 25 hectares of vineyards and to have the opportunity as a winemaker, to design your own cellar to your specifications, and to have your own dedicated tank for each block is pretty special!”

While she didn’t realise it yet, Jocelyn was about to embark on the greatest life - and wine - journey of them all. Something no cellar hand experience could impart, and certainly nothing a degree could teach. She had two children before the age of 30 while running La Bri and breastfeeding in between pressing grapes - just let that sink in for a minute. This is testament to who Jocelyn is, an absolute go-getter who won’t let anything slow her down. 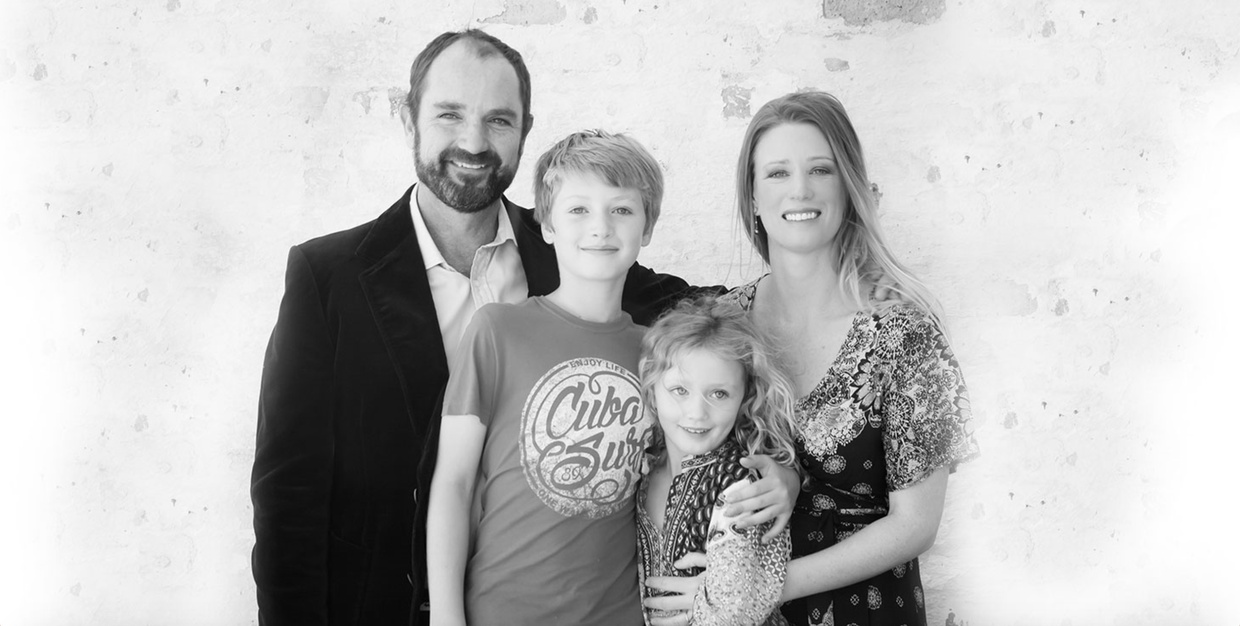 You could argue that motherhood shares many similarities with winemaking. You need to be patient, give as much love and attention as you can, and you never really know how everything will turn out or ‘mature.’ You also need to judge when to intervene and when to just let nature take its course. We like to think that motherhood is what has made Jocelyn the remarkable woman she is today. So while she did take a sabbatical between 2010 and 2014, she didn’t lose her winemaking touch. If anything, she got better at it!

Old Chenin Bush Vines And The New Winemaker On the Block 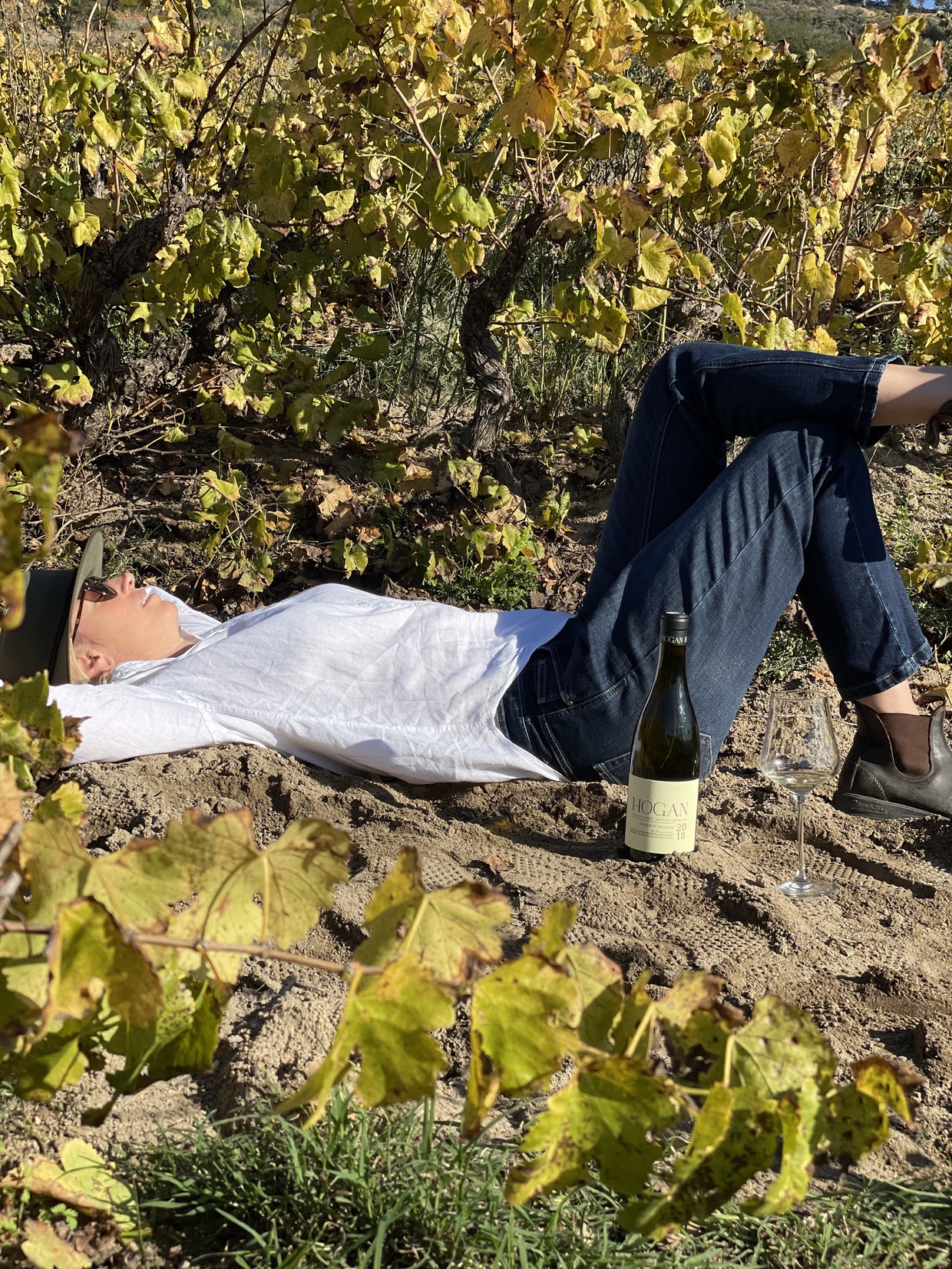 “It was always on the back burner that I’d have my own brand, but I hadn’t properly conceptualised or predicted that it would happen so soon.”

In 2014 Jocelyn tried a tiny bit of Chenin blanc sourced from 42-year-old bush vines with granite soils in the Swartland. Jocelyn reflects, “it was always going to be Chenin for me. It’s our best foot forward for South Africa. It’s our most planted grape, and it’s so versatile. It can be planted on so many different soil types and various micro-climates that you can really express your style of winemaking too through Chenin blanc. My Chenin is grown on granite soils, and what I like about granite is that it produces a Chenin that is so expressive of site. It has lovely citrus and floral components and is quite crystalline - very true.”

Just as one would expect after meeting Jocelyn, she made no mention of the awards her Chenin has won. Only after our interview did we find that her 2017 Chenin won Gold at the Old Mutual Trophy Wine Show in 2020, along with many noticeable high scores from the likes of Tim Atkin, Christian Eedes, Anthony Mueller and Neal Martin.

Serge Hochar And His Giving Nature to Inspire Others

Then came along the SA Swartland Revolution tasting in 2014, where Jocelyn sat through a tasting with esteemed Lebanese winemaker Serge Hochar from Chateau Musar. Completely in awe of his winemaking style and vibrant personality, Jocelyn said, “Part of my journey was all about hearing him. He literally got up. Did not speak about his incredible wines in front of us and just told stories of his life, restaurants he’s eaten at, places he’s travelled to, along with many jokes. He was phenomenal. You know, we are so serious about our tasting, and he brought this romantic human side on how to do things, and you know I just loved that about him.

Right at the end of his tasting, he discloses that his blend is Cabernet Sauvignon, Cinsault, and Carignan. I was like, that’s crazy because ten years prior to this, a family friend had been telling me about Carignan and how well it grows in SA. And now I’ve met Serge, and I had these divergent paths coming in and influencing my journey.” 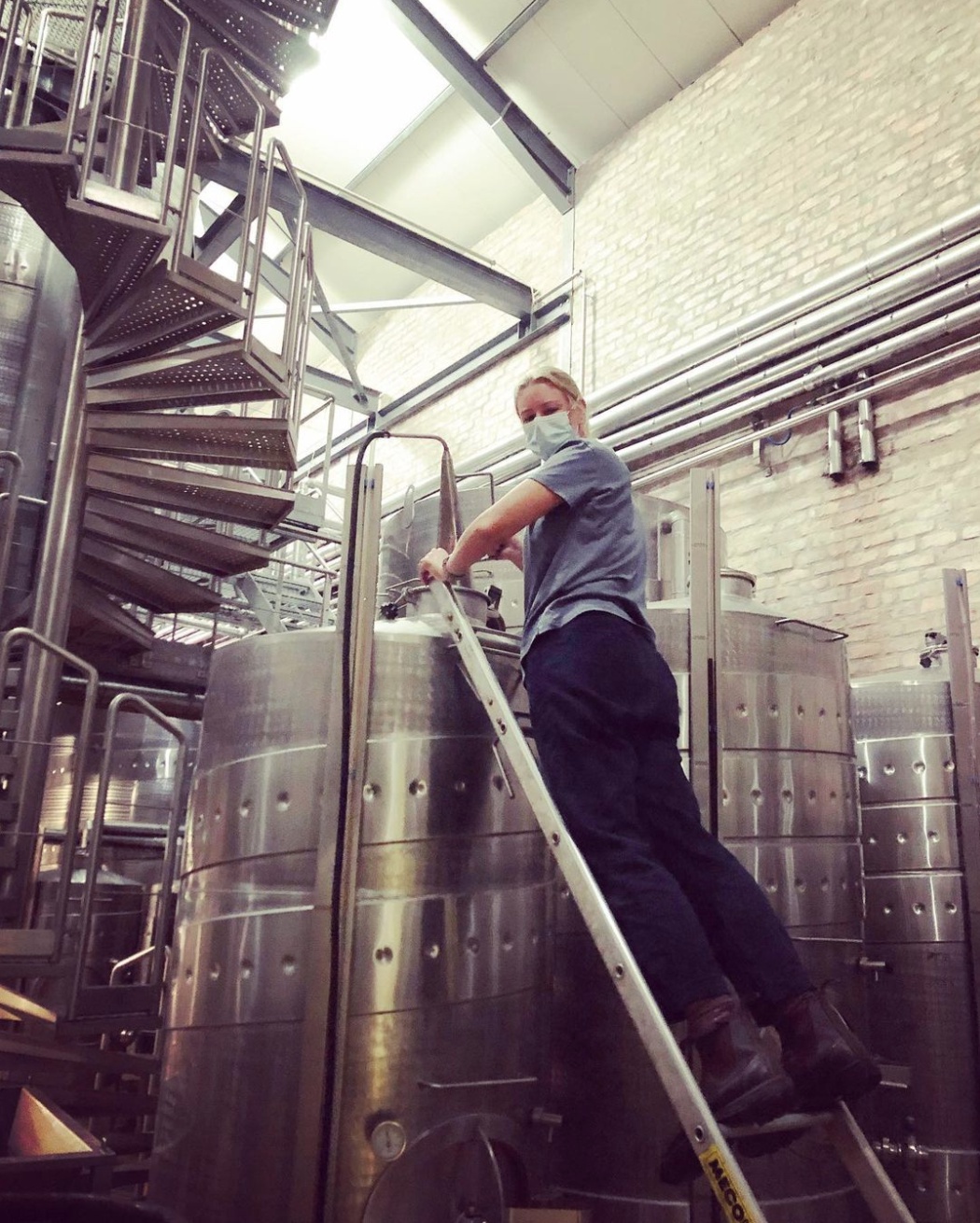 If you hadn’t guessed it already, Jocelyn’s 2015 red was called the “Divergent Red” inspired by Serge’s classic blend of Carignan, Cinsault and Cabernet Sauvignon. Sadly a month after the tasting, Serge passed away, prompting Jocelyn to reach out to his family in London and tell them about her “revolutionary meeting.” She asked if they would mind if she paid homage to their father on the back of the label and tell the world about how he inspired her. “They didn’t respond for about two or three weeks, and I started to worry that perhaps it was inappropriate or too soon. Luckily, they wrote back and said ‘yes.’”

2018 was the year Chardonnay was added to the Hogan Wines range. 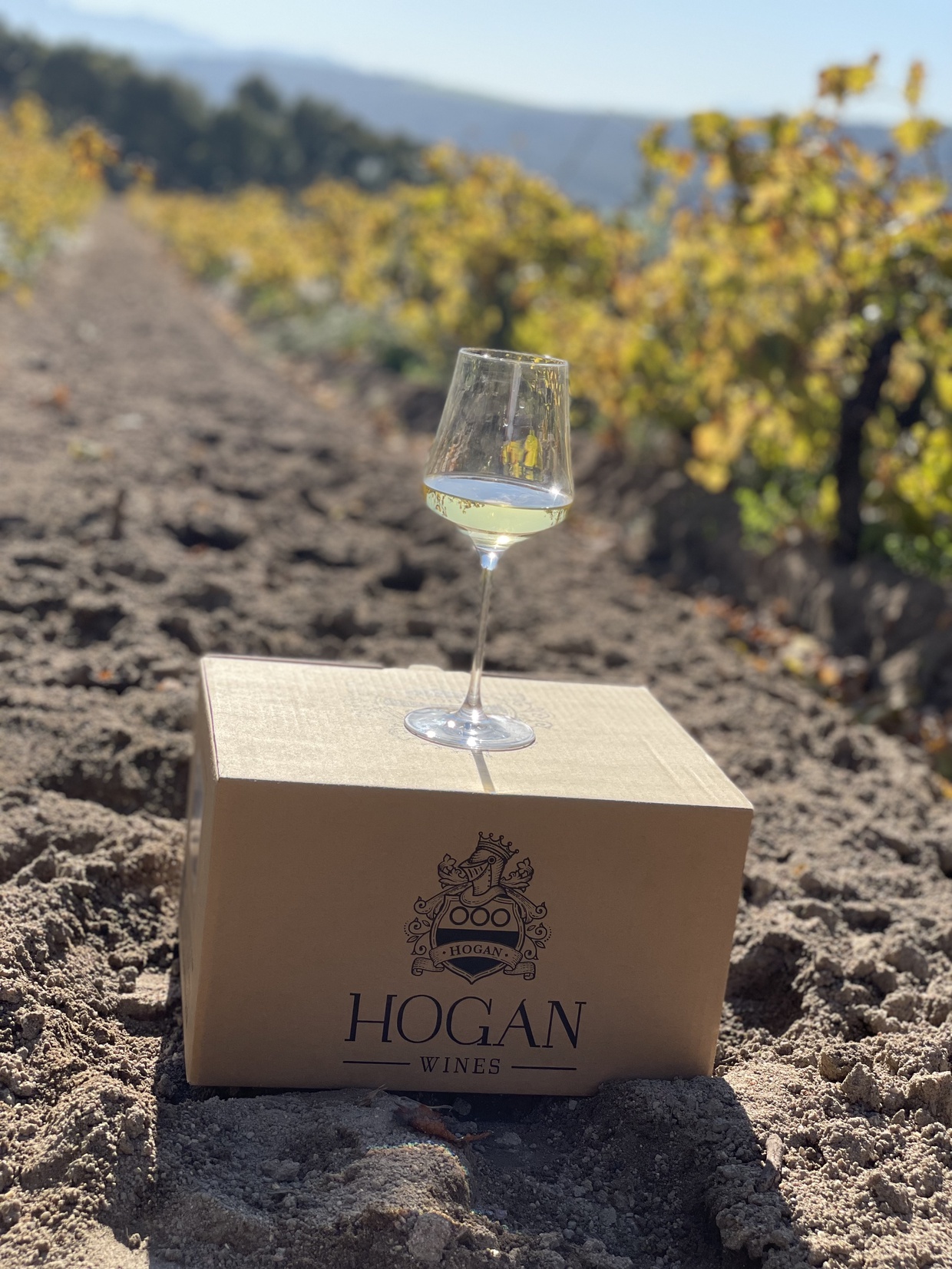 “Banhoek is phenomenal as a Chardonnay region - with us being a little bit cooler. I find that at one time, we could be up to 5 degrees cooler than Stellenbosch. We also get more rain (sometimes a huge difference).”

Jocelyn’s winemaking style or guiding principle is that each bottle of wine should contain the unique story of its vintage. These stories also extend to the names of each bottle, with song lyrics used as her personal touch to each bottle. Therefore, when it comes to this Chardonnay, the Chemical Brothers 2005 hit 'Galvanize' was the inspiration and song played during harvest to uplift on some of the longer harvest days, with lines like, “don’t hold back” and “put apprehension on the back burner, let it sit” – we’re sure you get this gist. It was also named after the careful selection of grapes from different regions to energise this blend and ultimately galvanise it.

‘Mirror For The Sun’ Cabernet Franc 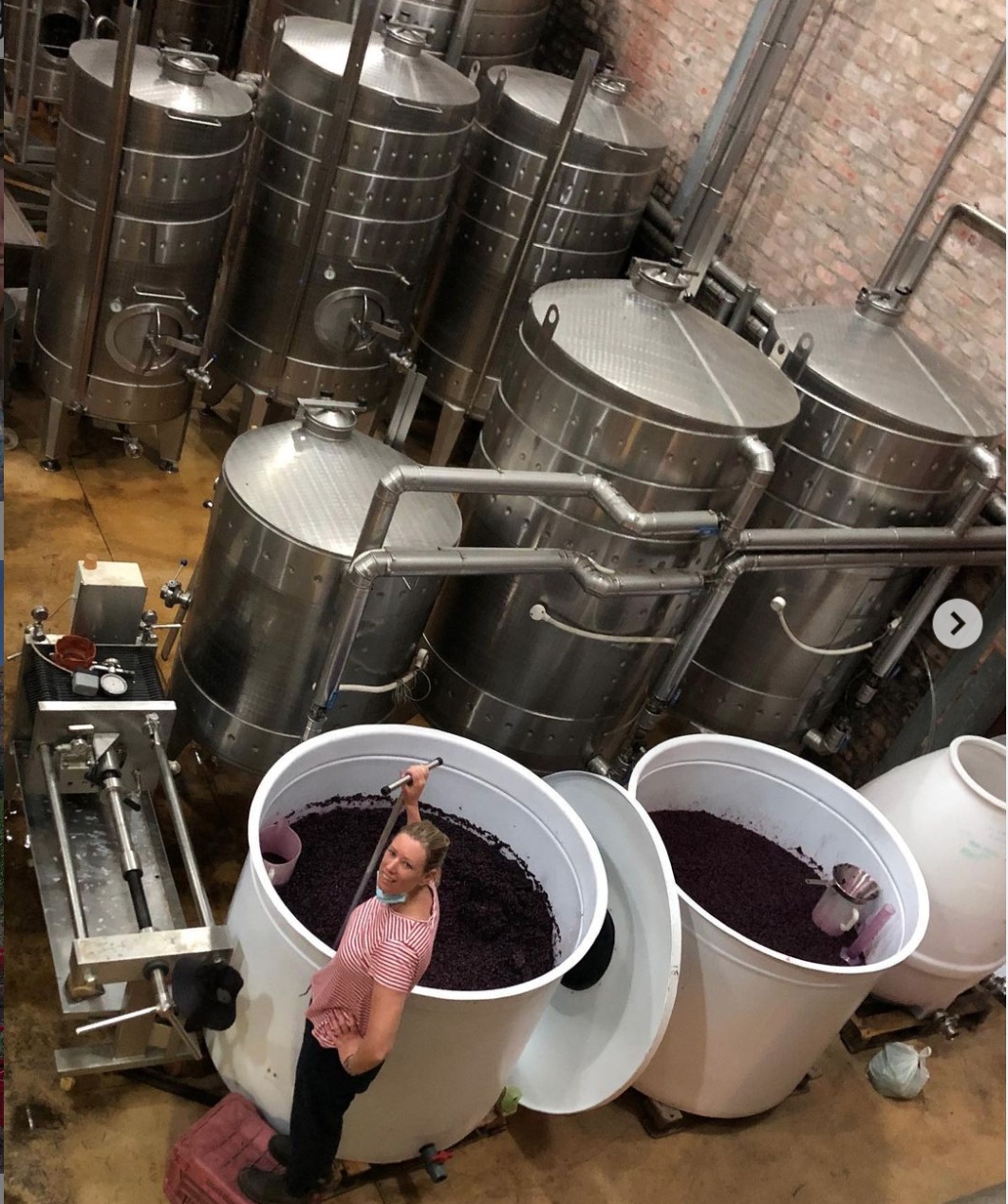 In 2018 Jocelyn also added her ‘Mirror For The Sun Cabernet Franc.’ “I played around with a  site just below Somerset College in Somerset West on the lower Helderberg region, in an incredible Cabernet Franc area. I created something I like to call Ballerina style Cab Franc with delicate pure red fruit. It’s all about subtlety and redness.”

So if you consider yourself a Red Hot Chili Peppers fan, you’ll know that this Cab Franc was named after ‘Roadtripping.’ 'Mirror For The Sun’ reflects on how leaf removal is carried out in the bunch zone for this particular grape varietal in December to allow for enough sunlight to the bunches to prevent any green flavours in the wine. The Cabernet Franc bunches, therefore, are a mirror for the sun.

“I want wine to challenge me; it can’t be one dimensional; it has to be multifaceted. The beauty of this career is that you can never stop learning. It humbles you so much so.” 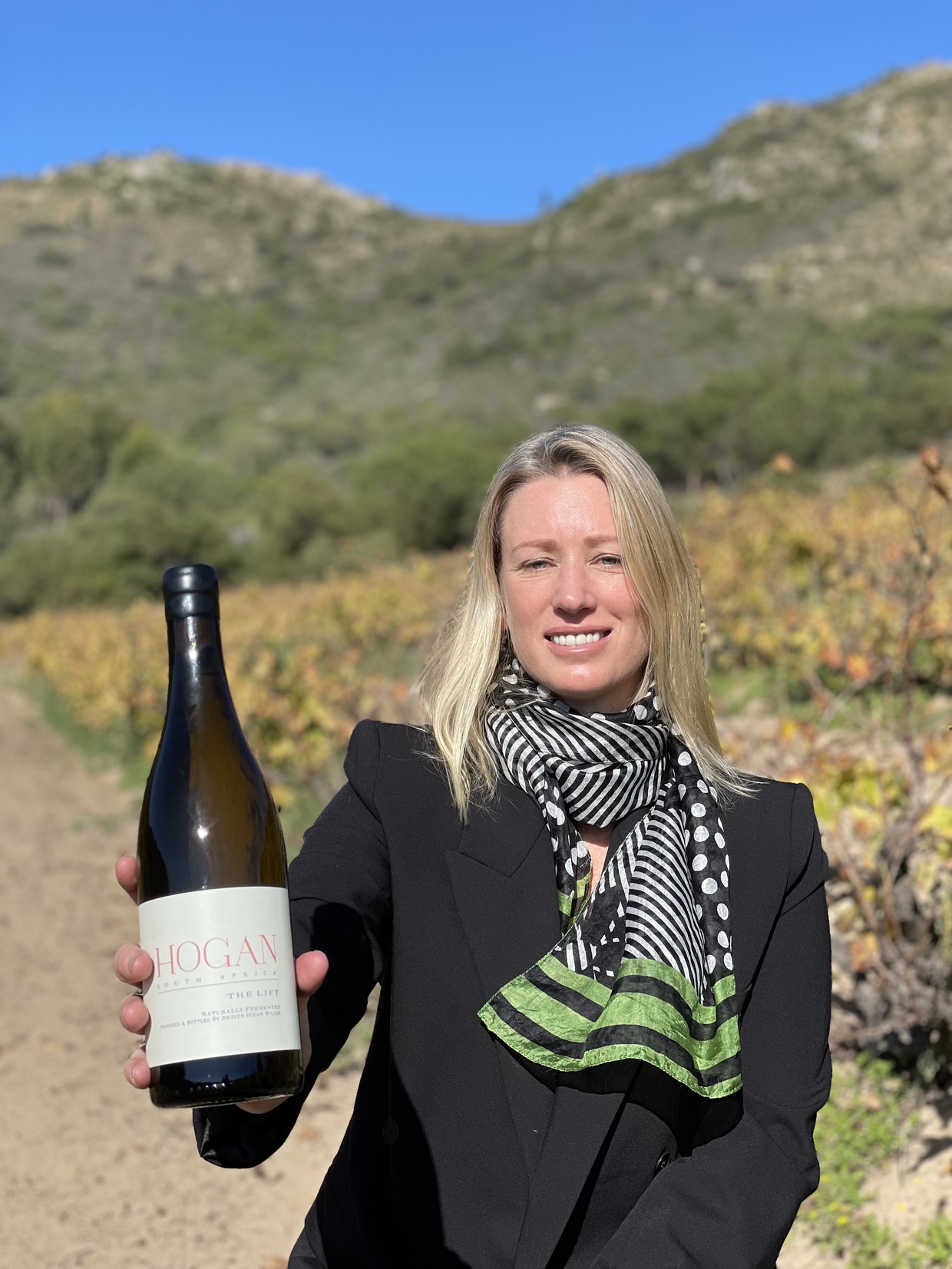 Need an idea of what Jocelyn’s latest release is like? Here’s an indication: “Already half of it [The Lift] is gone from my pre-release tasting.” This new Chenin was as a result of an experiment - gone very right. It was a biologically aged wine under Flor, a film of wine yeasts commonly used in Jerez, Andalucia. It went through a process whereby the Flor Velum yeast “feeds off alcohol and glycerol and also consumes some of the volatile acidity formed by a bacteria, creating a fresher, lighter wine, leaving a crazy umami concentration."

50% of this wine was aged under Flor yeast, while the remaining wine came from an experimental barrel filled with previous vintages of Chenin sourced from the same vineyard as the Flor wine, the famed Swartland region. As per usual, there’s a song behind this wine inspired by the Flor yeast lifting. If you look on the back label here, you’ll see the lyrics from San Francisco by Scott McKenzie, pertinent to the process this wine has gone through.

Mother Culture In The Cellar 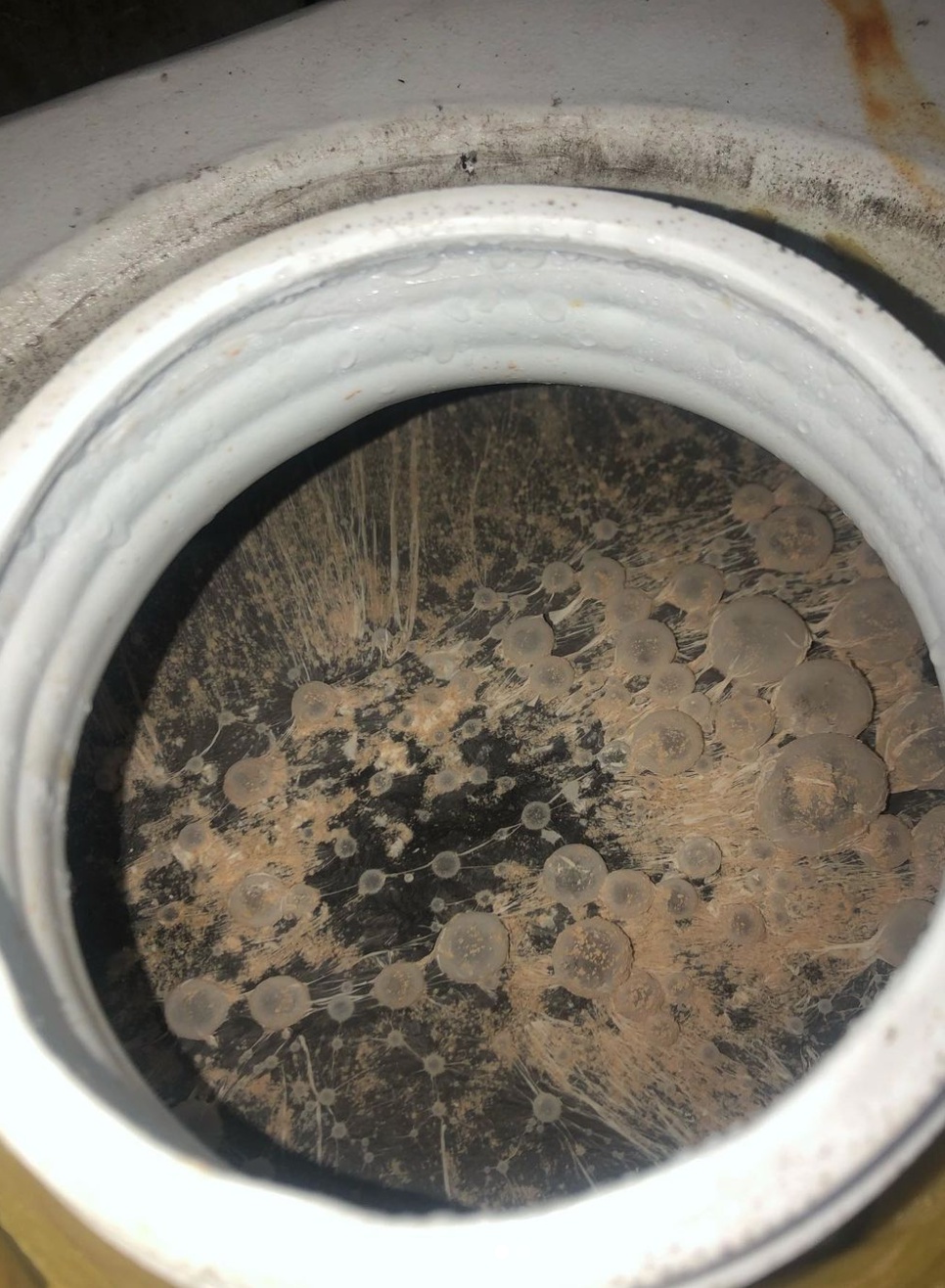 Jocelyn is now creating her own mother culture in the cellar. She’s got her own Flor yeast, but she’s also introducing her children to life in the cellar.

“They’re doing punch-downs with me. Speaking their thoughts to flavour profiles, which is something I work hard on with them. They want to be involved and tell me what they’re smelling, and while there are some days where I feel like I’m not coping [with juggling motherhood and growing a brand], there are euphoric months too. I’ve had some great achievements, but it’s not just about the awards. Having my first bottle of Chenin and seeing it right through, to my first 3-Star Michelin listing in Cologne, Germany, was a big moment for me."

So Much More Than Just Jocelyn Hogan Wilson

In parting, we’ll leave you with one of our favourite quotes Jocelyn mentioned in an interview she gave Spice4Life. Here she proves that she’s so much more than just Jocelyn - she’s total motivation!

When asked how difficult it was being a woman in a male-dominated industry, Jocelyn shared this quote that her mother had told her and it was her mother’s wish for her four daughters on Women’s Day - all of which are incredible entrepreneurs. We thought that it offered a fresh perspective and simply had to be shared:

To purchase any of Jocelyn's Hogan Wines, click here. If you're a foodie, look out for her wines on the menus at Chefs Warehouse Constantia, La Colombe, and Le Petit La Colombe. To stay up to date with latest releases and life in the cellar, follow Hogan Wines on Instagram and Twitter. 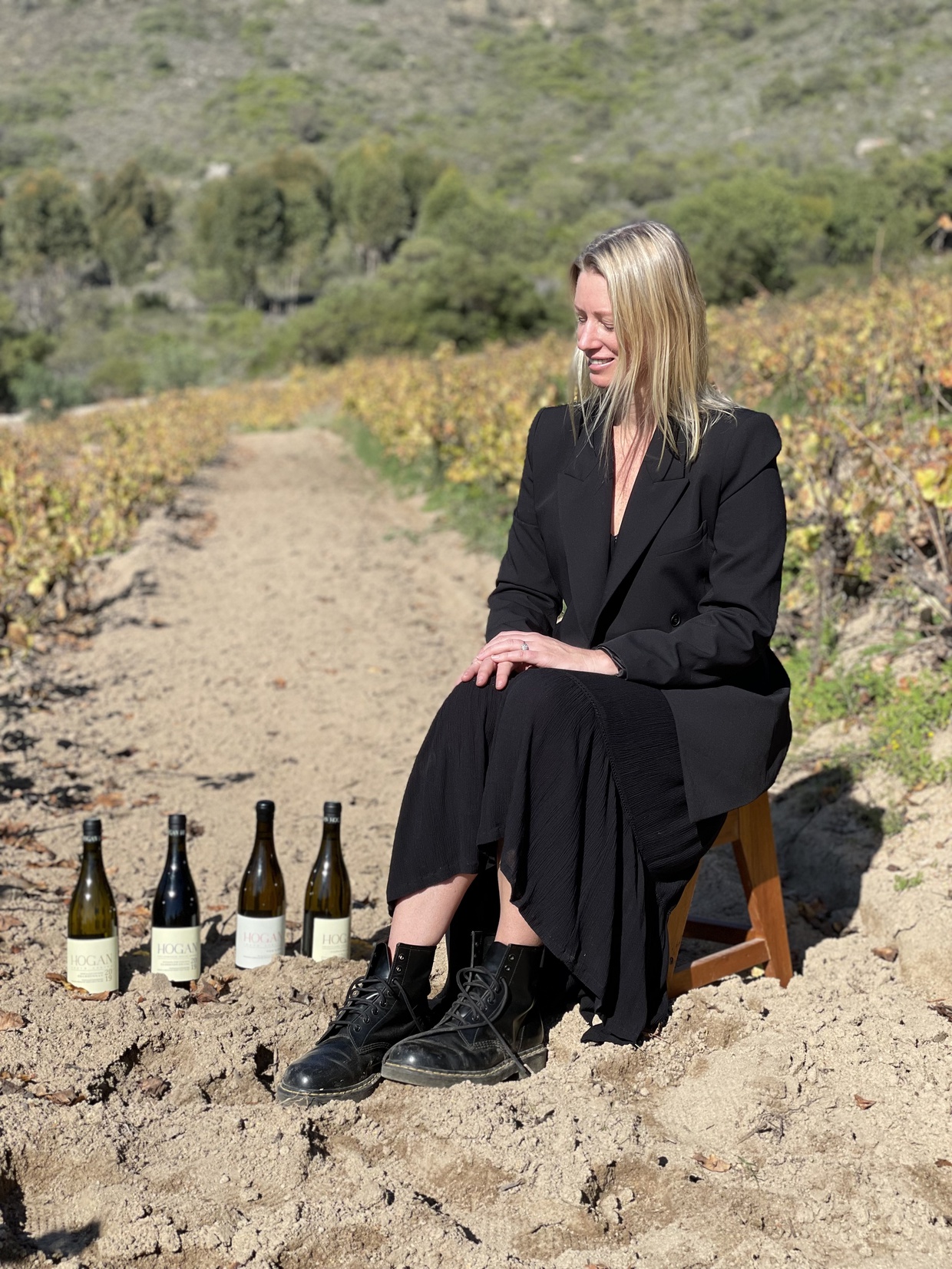